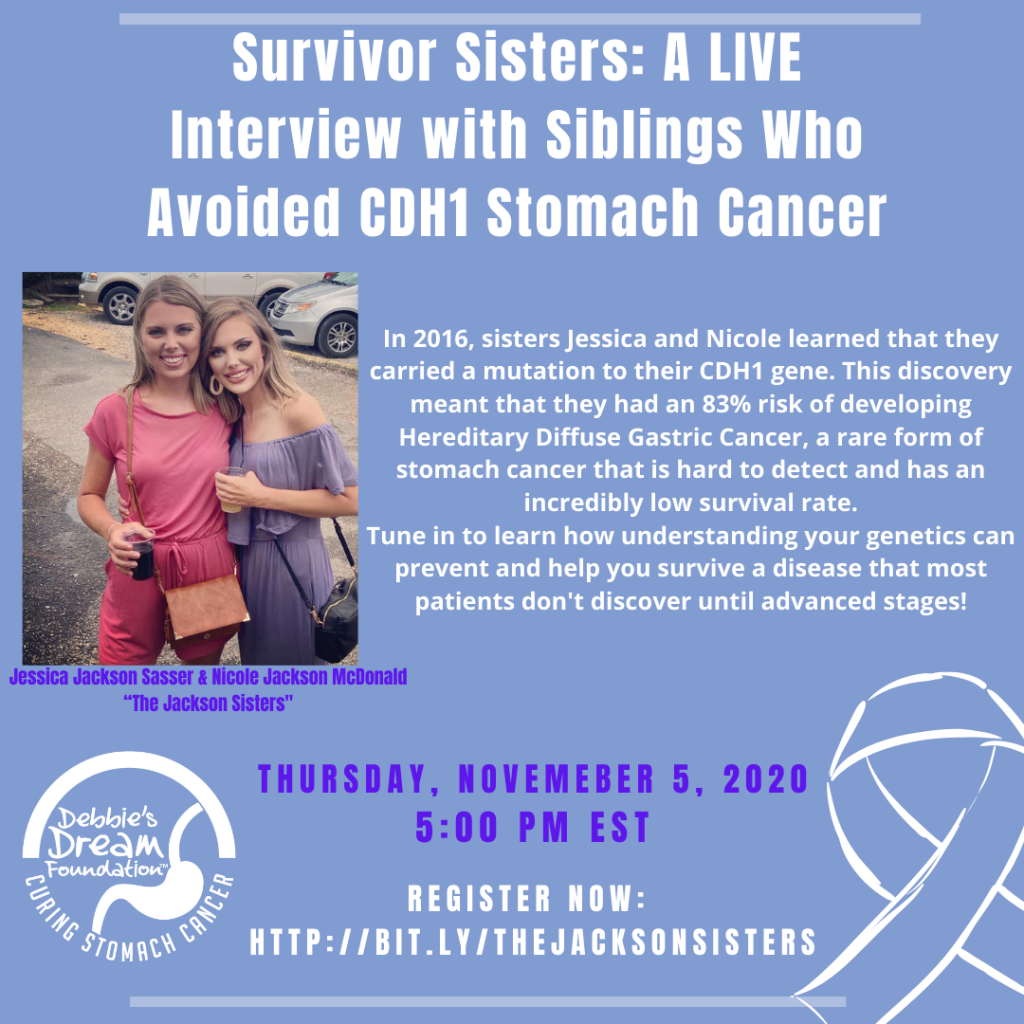 A LIVE Interview with the CDH1 Sisters

REGISTER
Jessica Jackson Sasser and Nicole Jackson McDonald, a.k.a. “The Jackson sisters,” lost their mother in 1994 to breast cancer when she was only 38 years old. Cancer had always loomed over them as they had lost other family members to various forms of the disease as well. Their family history and the fact that their mother was so young at the time of her diagnosis allowed them to undergo testing in 2016. They learned that they carried a rare mutation to their CDH1 gene. This meant that they had an 83% risk of developing Hereditary Diffuse Gastric Cancer (HDGC), a form of stomach cancer that is rare, hard to detect, and comes with an incredibly low survival rate. These results would alter their lives in ways they could have never imagined.

Find out how understanding your genetics can prevent and help you survive a disease that most patients don’t discover until advanced stages!