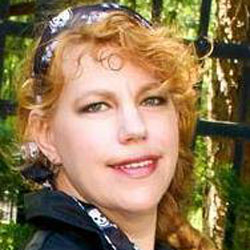 Steve is a New Jersey native and a veteran of the Navy, serving in the Vietnam Era on the USS Lawrence DDG-4 stationed out of Norfolk, VA with cruises to the North Atlantic, Africa, and Mid-East making him both a Bluenose and a Golden Shellback.  After receiving his Honorable Discharge, Steve left the east coast on an automotive adventure to visit his father in California, stopping off in Wisconsin to visit a shipmate and his family. He never left. Instead he pursued his career with the IBEW as an Inside Wireman, transitioning from residential to heavy industrial construction, raising 3 children along the way.

On March 3, 2013, at age 59, Steve vomited blood, necessitating a trip to the ER. The endoscopy expecting to find a bleeding ulcer instead found an ulcerated tumor at his GE junction.  The doctors thought the tumor had been bleeding slowly for 2 or 3 weeks, not initially enough to irritate the stomach into vomiting, but enough that Steve had lost half his blood. During that 4 day stay in IMC (Intermediate Care) the doctors worked to stabilize his blood loss, did a PET scan and, gave him 3 units of whole blood and 2 more units of iron the day of his release.  Prior to vomiting blood his symptoms were classically vague: fatigue, pale (from anemia), a nagging back ache between the shoulder blades, and feeling full after eating very little. Having entered the hospital on a Sunday, he met Monday with the same oncologist that had treated his mother-in-law during her fight with stage IIIA colon cancer and a surgical port-a-cath placement was scheduled for Tuesday. Wednesday he received 2 units of iron, so his blood work would look good for beginning chemotherapy the following Monday and he opted to receive the biopsy report at home via phone...already knowing it would come back cancer: grade 2 moderately differentiated adenocarcinoma.  Thursday he traveled to the Weston Regional Medical Center at St. Claire's in Weston, WI for an EKG in preparation for the EUS (Esophageal Ultrasound) on Friday for a second opinion and staging. At that point Steve had one lymph node involved, the tumor having grown through all but the outside layer of his stomach, the muscularis propria (T3 N1 M0) stage IIB gastric cancer. Monday he began aggressive treatment for a tumor the doctors estimated had only been growing for 5 or 6 months to be 12 cm x 5.7 cm x 2.4 cm in the gastric cardia (upper portion of the stomach), partially obstructing the GE junction, and extending 6 cm up his esophagus and measuring 2.5 cm x 1.6 cm. "It all moved so fast, there was no time to be afraid, there was only time to act", he recalls.  At the time he received his stage IIB gastric cancer diagnosis, Dr. Tanimu, who performed the EUS told him something Steve took to heart "you have a long, hard fight ahead of you. But it is beatable. Pick the one thing that means the most to you and you fight for that."

Traci, Steve's wife of 18 years is a UA Building Trades Journeyman Steamfitter and Certified Instrument Technician.  While Steve chose to "concentrate on getting better", he tasked Traci with handling the technical aspects of his care, being his advocate.  Between Steve's diagnosis and her father's cerebral hemorrhage on 26 March 2013, she learned how important it is that a patient in life threatening circumstances have an advocate, and how critical it is to have an Advance Health Care Directive in place before one is ever  needed. Just like Steve's diagnosis came hard and fast, so too did the transition to Caregiver, necessitating abandoning the pursuit of her B.S. in Construction Management, and eventually causing her to cease working in the construction field where travel to distant projects for startup and commissioning team assignments took her.  "I learned that it isn't important that the doctor or nursing staff like me, what was important was that every need of the patient I was advocating for was explained clearly, effectively and addressed properly. We learned how important it is for the patient and advocate to be a part of the health care team" she recalls.

Steve began with Chemotherapy: one cycle of E/C/F (Epirubicin, Cisplatin, 5-Fu or Fluorouracil), having the 5-FU pump for 21 days.  Then, upon conferring with colleagues better versed in gastric cancer, Dr. Onitilo transitioned him to 5 more cycles of D/C/F (Docetaxel/Cisplatin/5-FU), given every 2 weeks.  Dr. Onitilo said "we have one chance to get this right. We don't want to look back and say we should have or if we would have. So, I talked to my colleagues about you." During this time he also received Pegfilgrastim to help his body make more white blood cells. Next came radiation to hopefully shrink the tumor in preparation for surgery. Steve received 25 daily treatments of radiation in conjunction with chemothearapy: Paclitaxel and Carboplatin.  After healing, Steve had the Ivor-Lewis procedure Esophagogastrectomy; a BIG 7 hour surgery requiring 2 surgeons, with the best thoracic and vascular surgeon in the region. During the procedure 2/3 of his esophagus were removed and roughly half of his stomach along with 11 lymph nodes. Unfortunately there was more lympho-vascular involment than hoped, with 7 lymph nodes showing signs of the cancer. The surgeons had a hard time getting a clean margin in the stomach while still having enough stomach for reattachment to the esophagus, the narrowest clean margin being 0.2 cm.  This necessitated more chemotherapy: this time FOLFOX, 6 cycles, in hopes of cleaning up any cancer left in his body. This despite the fact that the colleagues Dr. Onitillo had shared Steve's case with said they would "watch and wait." Steve wanted to go aggressive, saying he didn't want to live with a "live grenade in his pocket, waiting for it to go off." Dr. Onitilo said "I didn't think you were a sit around and wait kind of guy, so I also talked to them about what they would do if they chose to treat it."

In March of 2014 an EGD (Esohpagogastroduodenoscopy) was performed, showing that the surgical site looked good.  However, his bimonthly CT scan showed a 14 mm lesion had developed in his liver. Another PET scan was performed, and the lesion failed to uptake the sugar/isotope solution and did not fluoresce.  A watch and wait approach was adopted, as this could be a benign lesion, or an early cancer that had not yet begun to uptake the sugar solution. Being located in the dome of his liver, under his diaphragm, a biopsy could not be performed.  Steve's mid-October regularly scheduled CT indicated the initial lesion had grown to 29 mm, with another growing in the right lobe of his liver to 23 mm x 24 mm. This new lesion was located where a biopsy could be done, and it showed metastatic stomach cancer.  Steve was now stage IV, and more radiation was scheduled. This time SBRT, a high dose, Live CT guided, targeted radiation.

It was in those early days of being diagnosed stage IV, advanced gastric cancer, that the Parrott's found DDF.  Their first interaction was to write a proclamation application to have November Proclaimed as Curing Stomach Cancer Month for the first time in Wisconsin.  The proclamation process normally takes 4 - 6 weeks, it happened in only 11 days! But no news media would pick up the story. "Reading the SEER statistics, the American Cancer Society's 5 year survival statistics, that Steve had only a 4% chance of surviving with stage IV gastric cancer was frightening.  Despite everything we had done, all the aggressive treatment, we were still stage IV. But finding DDF and the wealth of information I wish we had at the beginning offered hope, and I needed to hope" recalls Traci. "In those first days I remember telling our oncologist that I didn't even know what I didn't know, so I had no idea what questions to ask or how to have an intelligent conversation."  But the Lawrence had a motto: DGUTS, or Don't Give Up The Ship, and Steve took that to heart, saying "someone has to be in that 4%, why not me?" DDF reached out, asking for advocates to travel to D.C. in March of 2015, to advocate for more stomach cancer research funding, they decided to participate, despite Steve's health challenges. "It seemed like the right thing to do, as Advocacy Day took place the week of my 2 year anniversary with this diagnosis" said Steve, "and as this affects our military and I'm a vet, I can use my voice where other's have been silent, because they lost their lives to this."  They decided to found a DDF Chapter in Wisconsin because others should not face this diagnosis alone, there needs to be more awareness, better access to information, more research, better survival odds, and more hope.