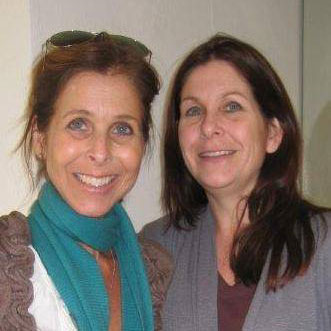 Kathleen Clarke-Zumpone founded the San Diego Chapter in memory of her sister, Mauri Olsen, who passed away on 8/16/13 from Stage IV gastric cancer.  Mauri was diagnosed in October 2010 and bravely underwent treatment up until a few weeks before she passed away. Mauri is survived by her husband Jeff of almost 17 years and her young son Erik as well as her mother, four sisters, and brother.

Mauri underwent treatment for Hodgkins lymphoma when she was a sophomore in high school which included surgery and radiation. She was in remission for over 25 years. According to a study by scientists at the National Institute of Health (NCI) that appeared Aug. 26, 2013, in the Journal of Clinical Oncology, "Hodgkin lymphoma survivors who received certain radiation and chemotherapy regimens were at increased risk of subsequently developing stomach cancer."  Mauri's oncologists feel that her gastric cancer most likely was a result of the treatment she received years prior for her Hodgkins lymphoma. Kathleen has become a founder for Debbie's Dream Foundation in Oceanside, CA to honor her sister Mauri's memory. Her bravery through-out her treatment was truly amazing. Kathleen knows that Mauri would want her to continue to help others and their families who have also been affected by gastric cancer. Kathleen is married and has two daughters.  She has a B.A. degree and an A.S. degree and works as a licensed Occupational Therapy Assistant in a Skilled Nursing Facility.