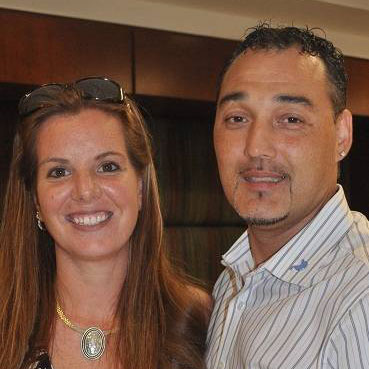 Tony and Christy Leonard were married in 2007 and have 5 boys. Tony was diagnosed with Stage IIIC stomach cancer in Feb 2012. After a total gastrectomy, chemo-radiation, and more chemo, he was cancer-free for a while. Tony was only 39 years old when he was diagnosed, and there was no way Christy was going to leave his side. Tony had his struggles with eating and treatment recovery, but he remained strong and continued to fight the fight. Tony and Christy were not new to tragedy. 100 days after Tony lost his brother to a heart attack, Christy lost her brother to lung cancer. "We believe that life is short, and you must always stay positive." They found Debbie's Dream Foundation and wanted to give back. Their then 13-year-old son wrote Sen. Burr asking him to support stomach cancer, and Christy and Tony participated in several of DDF's annual Advocacy Day initiatives. Unfortunately, Tony passed away at age 46 on January 22, 2019, after a 7-year battle with stomach cancer. Christy, however, continues to carry on Tony's legacy by being a voice for caregivers and providing support to family and friends and DDF.