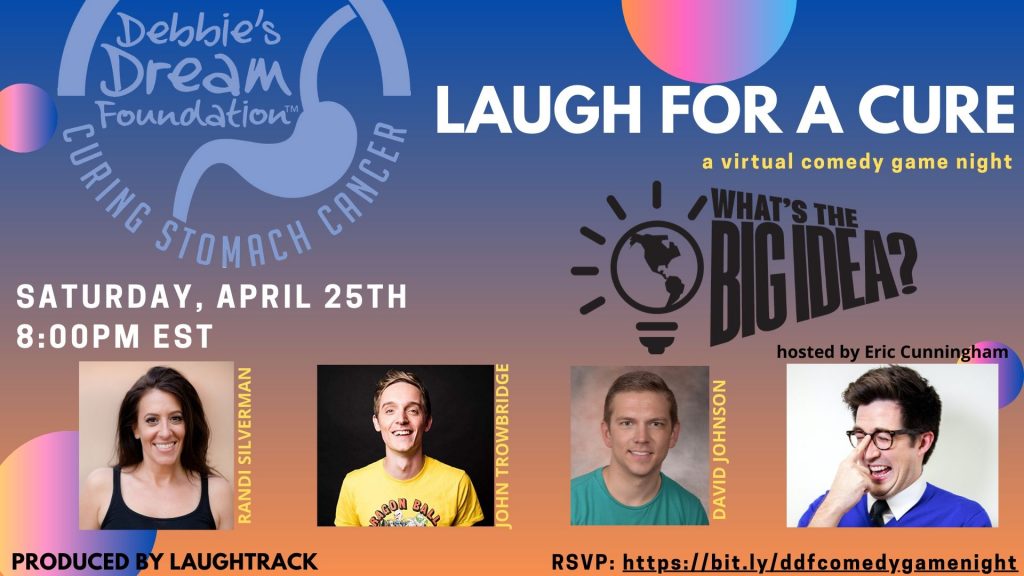 REGISTER
Join Eric Cunningham and his favorite comedians, scientists & dreamers for WHAT’S THE BIG IDEA?, a fast-moving game show exploring the future’s audacious and potentially-irresponsible projects that could change the world forever (even if maybe they won’t).

We’ll present a bunch of those Big Ideas (think space projects, climate change ideas, A.I., etc), then you (the audience) & the panel must figure out if they’re real proposals or if we made them up… and if they’re real, whether they’re a total waste of time. From a space elevator on the moon (real) to a greenhouse-gas scrubber attachment for cow butt holes (fake), no Idea is too Big or too absurd for What’s the Big Idea?.