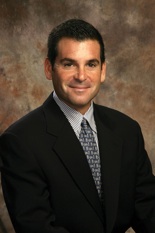 David Samson enters his 11th season in Major League Baseball and ninth as President of the Florida Marlins. He is one of only seven current Presidents in Major League Baseball who has presided over a World Series champion. As Club President, Samson oversees all aspects of the team’s day-to-day business operations, including sales, marketing, operations and personnel matters. The 2009 season was monumental for the franchise, because on July 18, 2009, ground was officially broken for the new Marlins ballpark. After almost a decade, construction is well underway on the baseball-only, retractable roof, air-conditioned facility. The ballpark project is on budget and on schedule to open for the 2012 season. In addition, the club finished with the third-best record in their 17 year history with 87 wins. Samson works closely with Owner and CEO, Jeffrey Loria, on all baseball matters and general corporate strategy. Samson is also the President of the Florida Marlins Community Foundation, which focuses its efforts on baseball, arts and educational needs of the South Florida community. The Foundation distributed well over $1 million to worthy charities in South Florida in 2009 and is on pace to surpass that amount in 2010. Among his accomplishments, Samson was named one of Sports Business Journal’s “Forty Under 40” for two years running, 2003-04. Other highlights, in addition to the 2003 World Series Championship, included the Florida Marlins being named South Florida’s No. 1 Film and Entertainment Company of the Year and Baseball America’s Organization of the Year.

Samson, 42, was born in Milwaukee, WI, and was raised in New York City. He graduated from the University of Wisconsin-Madison with a Bachelor’s in Economics in 1990. He received a Juris Doctor from the Benjamin N. Cardozo School of Law in New York City in 1993. He is a member of the New York State Bar. After law school, Samson became President and Founder of News Travels Fast, the first company to deliver the New York Times to Europe on a same-day basis. In 1996, Samson joined Morgan Stanley, an investment bank in New York City, a position he resigned in 1999 when he joined the Montreal Expos as Executive Vice President. On October 21, 2006, Samson became the first active team President to complete the Ford Ironman World Championship Triathlon in Kona, Hawaii. In addition to swimming 2.4 miles, biking 112 miles, and then running a full marathon, all in 15 hours, 36 minutes, Samson personally raised over $250,000 for the Florida Marlins Community Foundation, the Challenged Athletes Foundation (“CAF”) and other local Hawaiian charities. Samson concentrates his charitable efforts on helping underprivileged and sick children experience summer camp and improved education and health care. In addition, he is a member of CAF‘s Board of Directors. His vision is to help increase its visibility, thus enabling more physically challenged athletes to compete in triathlons as well as other sports. In 2009, Samson was appointed to serve on the Board of Governors of the Dade Community Foundation. The DCF’s primary purpose is to encourage philanthropy and charitable giving by developing a permanent endowment to meet merging charitable needs. Samson also manifests his love of movies through giving film reviews on a local weekly radio show and by being a Platinum Member of the Miami Film Society. Samson annually delivers over 100 speeches in and around South Florida and the United States on subjects varying from the business of baseball to general motivation. He and his wife, Cindi, a former school director, have been married for 19 years and have two daughters, Hannah and Kyra, and a son, Caleb.