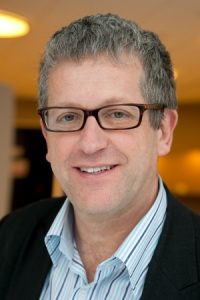 Eric Van Cutsem is a member of several scientific organizations. He is/was a member of the Scientific Program Committee and/or educational committee of ASCO, ASCO-GI cancers symposium, ESMO, UEG, and ECCO. He served for ESMO as executive board member 2011-2013 and since 2014 has been ESMO spokesperson coordinator. He was secretary from 2000 to 2003 and chair of the EORTC-GI group from 2003 to 2007 and is chairman of PETACC (Pan-European Trials on Adjuvant Colon Cancer) since 2008; he is board member of the EORTC since 2009 and president of European Society of Digestive Oncology (ESDO) and is co-chairman of the European Neuroendocrine Tumour Society (ENETS) registry. He was chairman of the governmental colon cancer prevention task force in Flanders, Belgium and is president of BGDO (Belgian Group Digestive Oncology), FAPA (Familial Adenomatous Polyposis Association) and is a Board member of the Belgian Foundation Against Cancer. He was the founder and is currently chair of the Scientific Committee of the World Congress on Gastrointestinal Cancer in Barcelona (in partnership with ESMO since 2005).