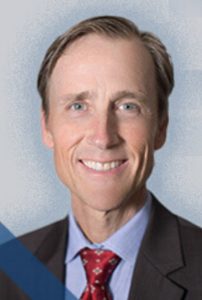 Steve Melen grew up in Saratoga, California and attended the University of San Diego,
receiving a Bachelor of Business Administration degree. Following college, he worked
at Charles Schwab and Morgan Stanley for a combined 26 years as a financial advisor
and Senior Bond Specialist working on the bond trading floor.

In January 2008, during his first year of working at Morgan Stanley, he was diagnosed
with stage III B stomach cancer. He began the treatment process in February 2008,
having his stomach and other organs removed at Stanford Hospital. Complications,
along with chemo and radiation, challenged Steve for the next few years, taking away
much of his energy needed to work and raise his daughter. Fortunately, he survived well
past the significant five-year mark that most stomach patients diagnosed at late stages
are often told is unlikely. This milestone gave him a new sense of hope and inspiration
to push forward and help to support his family, clients, and others struggling with
cancer.

Today, Steve serves as a DDF Board of Director and is a PREP mentor, helping newly
diagnosed patients navigate the early stages of stomach cancer. He takes great pride in
being able to provide hope to other patients and caregivers throughout their journey.
He is currently married to his high school sweetheart, Tanya, and has a daughter and
stepson, both the same age.