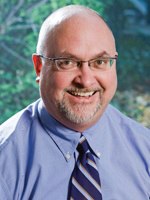 David H. Ilson, MD, PhD is an attending physician and member at Memorial Sloan Kettering Hospital in New York and a professor of medicine at Weill Cornell Medical College. He is a nationally recognized authority in the treatment of gastrointestinal cancer whose primary area of research interest involves upper gastrointestinal cancer, with a special focus on esophageal cancer. Much of his research has focused on the study of new agents in advanced esophageal cancer and the evaluation of novel agents in combined-modality therapy programs in locally advanced disease. Dr. Ilson’s other areas of clinical expertise include gastric, colorectal, esophageal, pancreatic, and other gastrointestinal cancers.

Dr. Ilson sits on the gastrointestinal committees of Cancer and Leukemia Group B (CALGB), the Radiation Therapy Oncology Group (RTOG), and the Upper GI Cancer Guidelines Committee of the National Comprehensive Cancer Network (NCCN). He is chairman of the Intergroup Esophageal and Gastric Cancer Task Force Committee. Currently, Dr. Ilson also chairs or cochairs several national clinical trials in esophageal cancer, including RTOG 0436, which is evaluating in a phase III trial of the addition of cetuximab to definitive chemoradiotherapy in locally advanced esophageal cancer.

Dr. Ilson completed undergraduate training at the University of Connecticut. He entered an MD/PhD combined degree program at New York University where he received a Masters and PhD degree in Basic Science and his MD Degree. He completed his internship and residency in internal medicine at Bellevue Hospital at NYU in New York. He then moved to Memorial Sloan-Kettering Cancer Center and completed a fellowship in medical oncology and hematology, including a third year fellowship as the Brian Piccolo research fellow. He joined the staff at MSKCC in 1992, becoming a member of the GI Oncology Service in the Department of Medicine, under the direction of Dr. David Kelsen. Dr. Ilson has been honored as a recipient of the American Cancer Society Career Development Award.